Paul and I started Steens Honey nearly 40 years ago, and we're still just as passionate about our bees as we always were. I love using our deliciously raw, grainy honey to create recipes with ingredients fresh from our garden in Papamoa Hills.

I am always in awe of folks who leave their homeland and make another their home. It takes so much courage to depart from loved ones but then the decision is so often because of love. Paul’s dad boarded the ‘Groot Beer,’ in Rotterdam and arrived in NZ on the 17th August 1951. 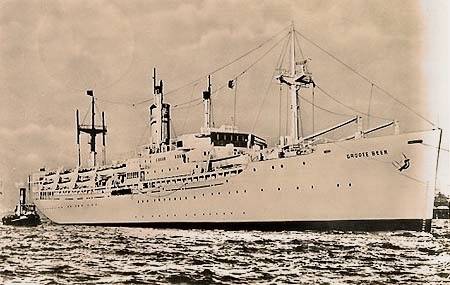 With the love of his life still in the Netherlands it only took a year before they were reunited on NZ shores and married a few months later. It was from her kitchen a few decades later that I was introduced to that the warming, spicy smell of speculaas, a very traditional dutch recipe.

So it’s not surprising that Paul loves it when I bake using spices as it evokes wonderful memories for him. 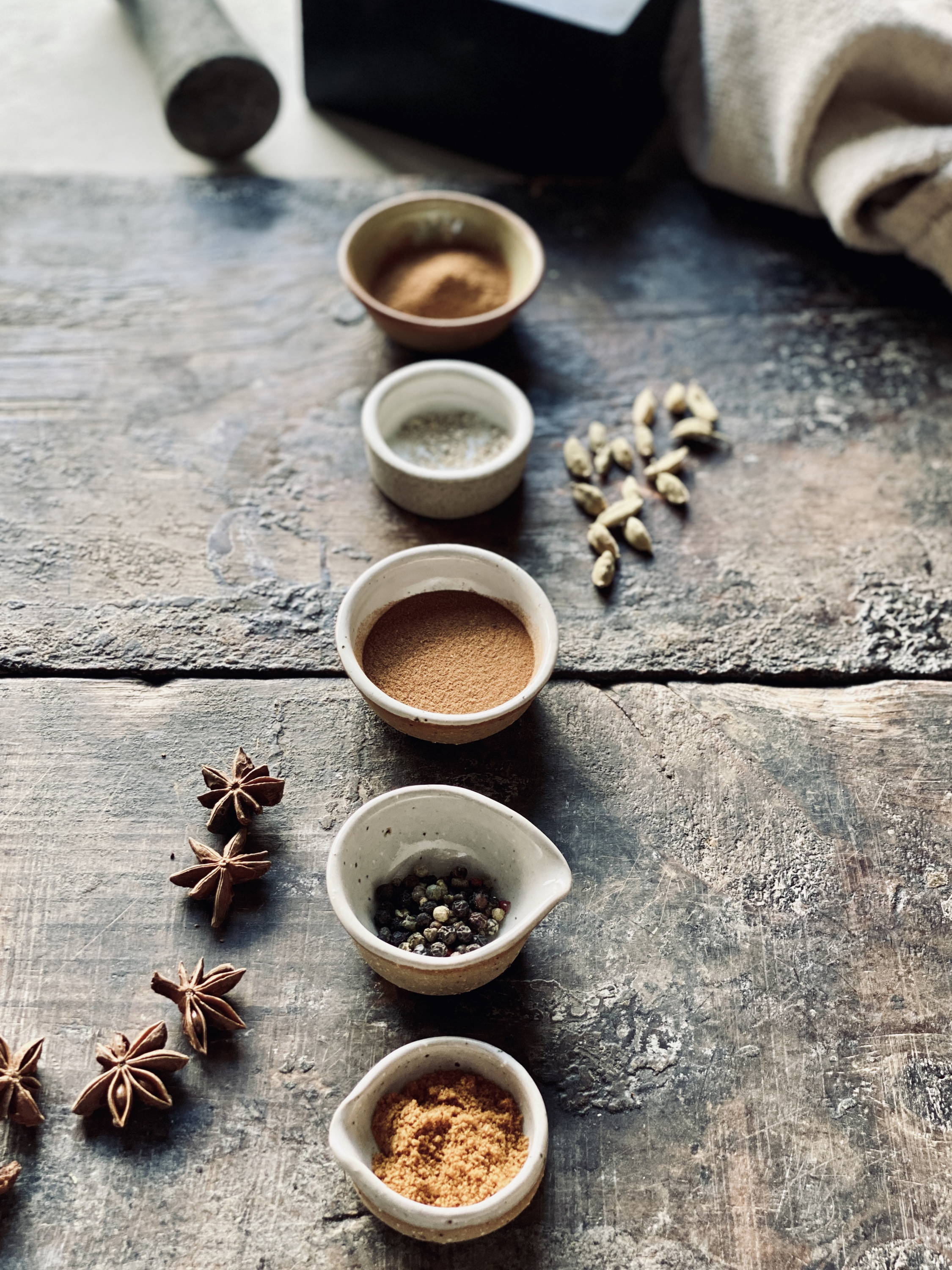 But not being such a traditionalist in the kitchen I have battled trying to make a spicy little biscuit that is not soft but crunchy and hearty using only honey without the addition of refined sugar. It’s been no mean feat with plenty of trials and error and I have failed at each turn so I decided a compromise was needed and finally I’m happy with these little bites that are often enjoyed with his very traditional daily cup of coffee. They are tastier the next day as the spices meld together and last well in a cookie jar if they get the chance. I love using Manuka honey in these as its rich, full flavour goes so well with the spices and the 2 tablespoons of sugar…well…in Paul’s words, “It’s not Dutch without the sugar!”

As for traditions, I love them and food is such a fantastic way to keep them alive and help the generations honour and celebrate the uniqueness that is your family. 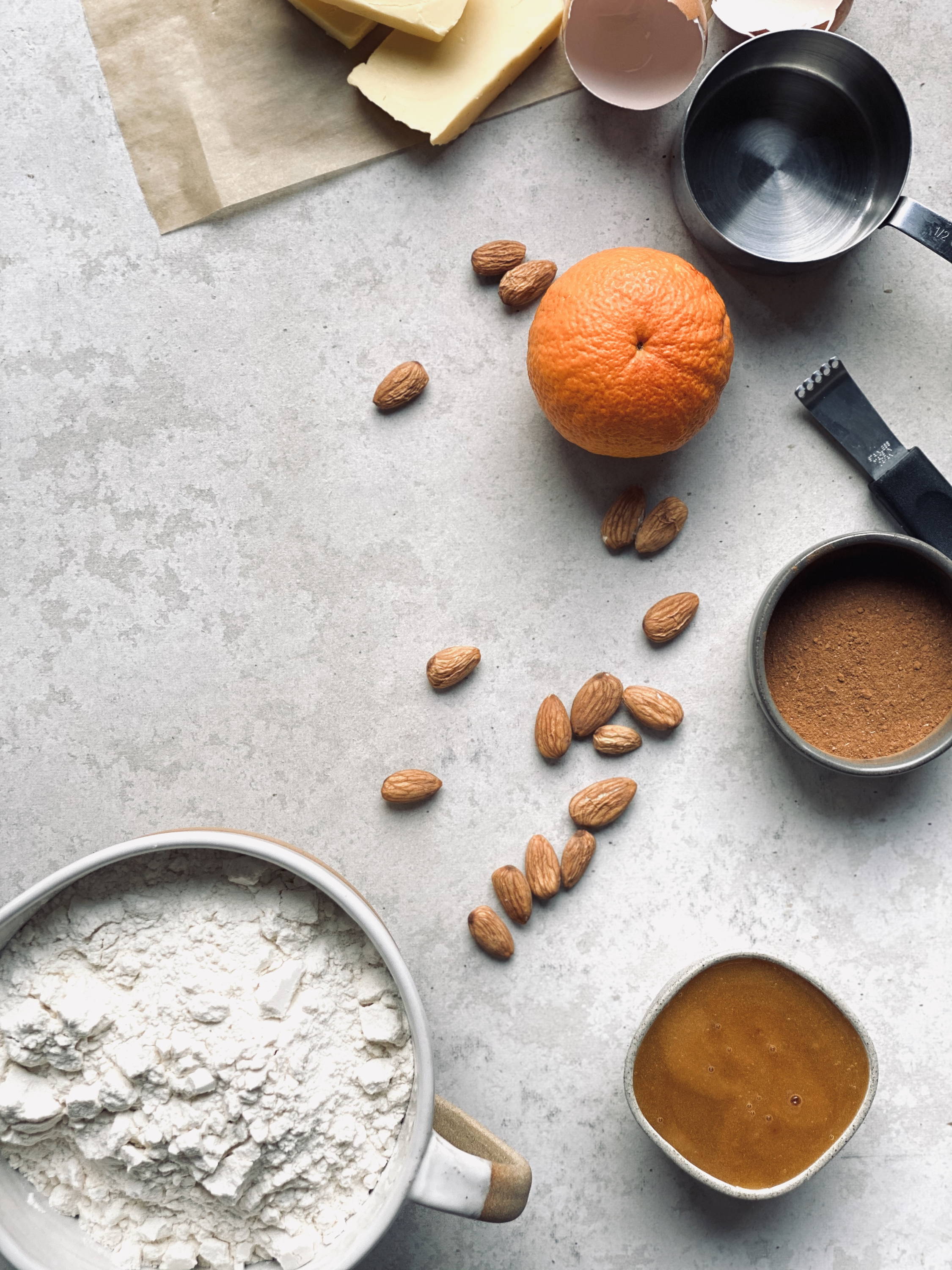 2.5 cups of flour (I use organic, unbleached flour but any will be fine)

Pinch each of mace, cardamon, cloves, salt and pepper

Zest and juice of an orange 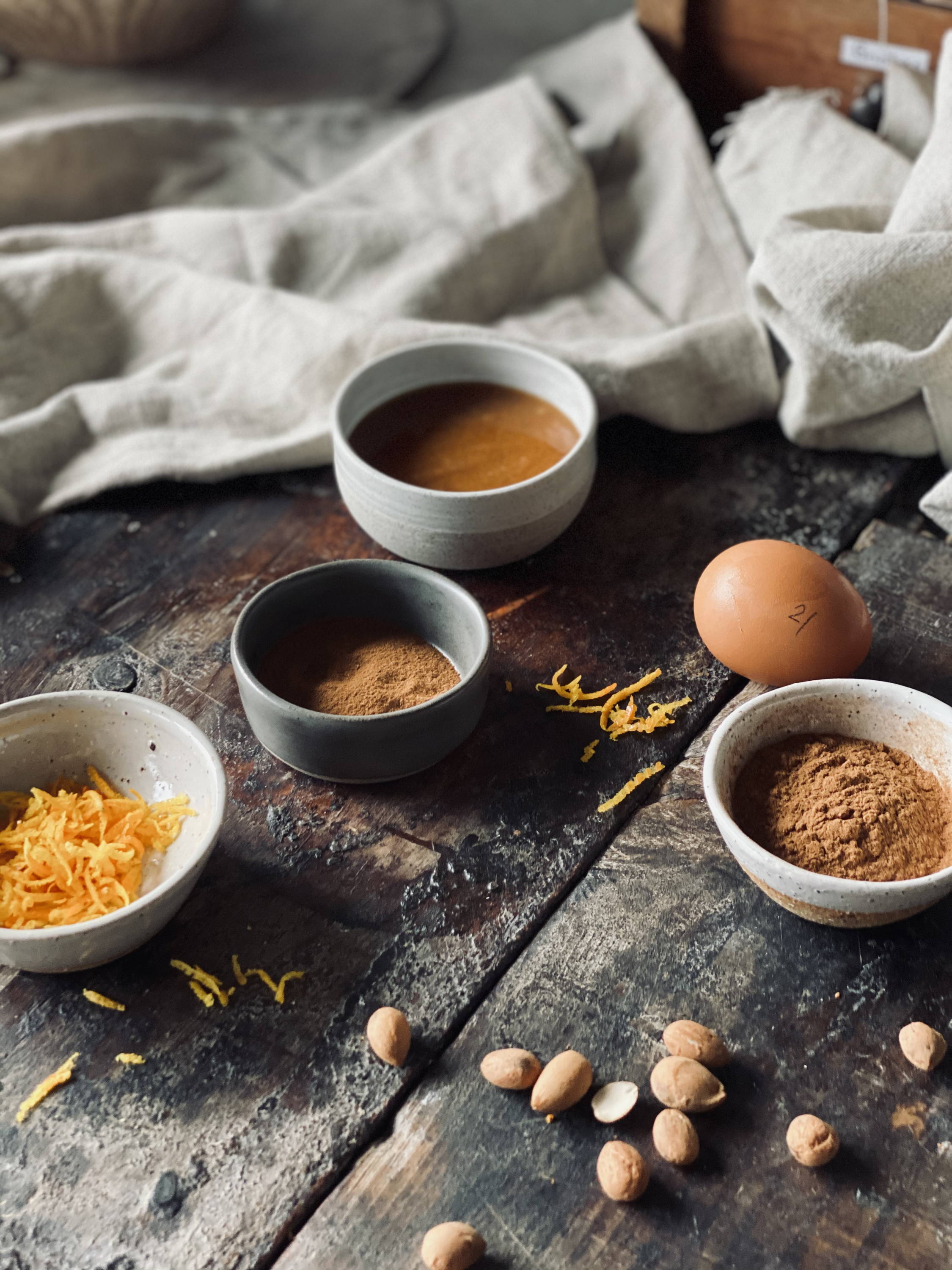 Combine all the dry ingredients together, mix well, add the zest. 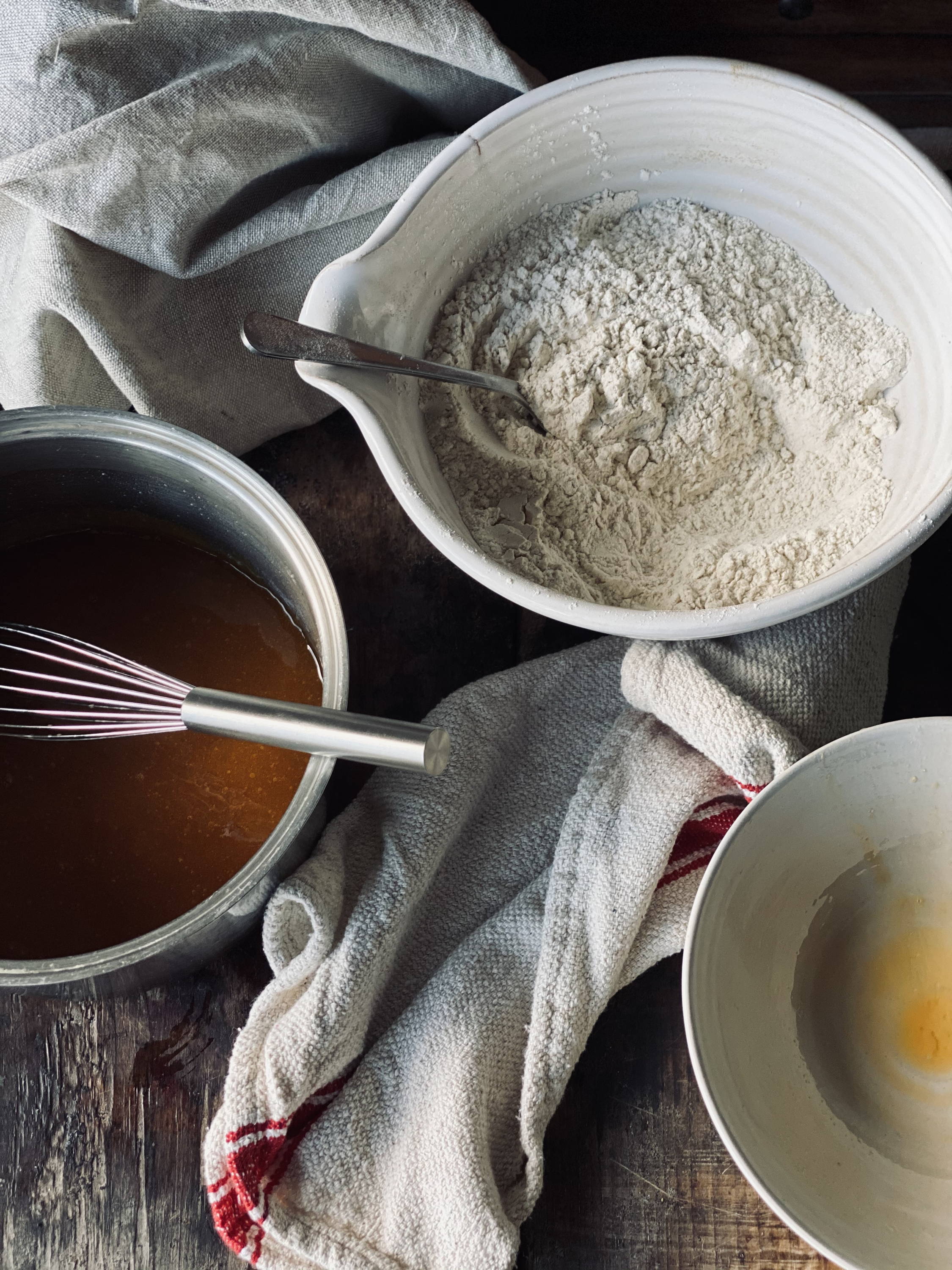 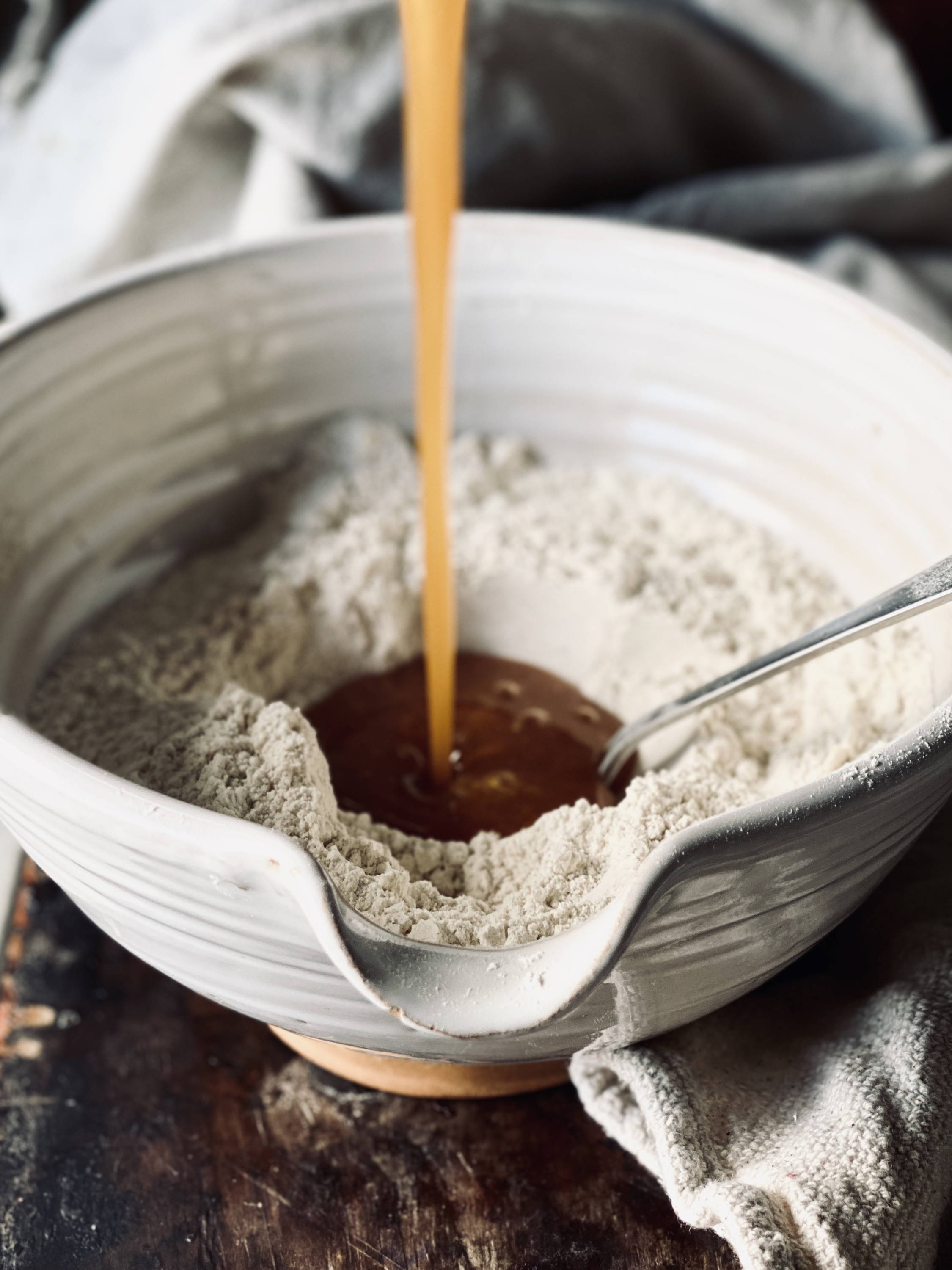 Pour into dry ingredients along with the juice of the orange and mix well,

hands are the best. 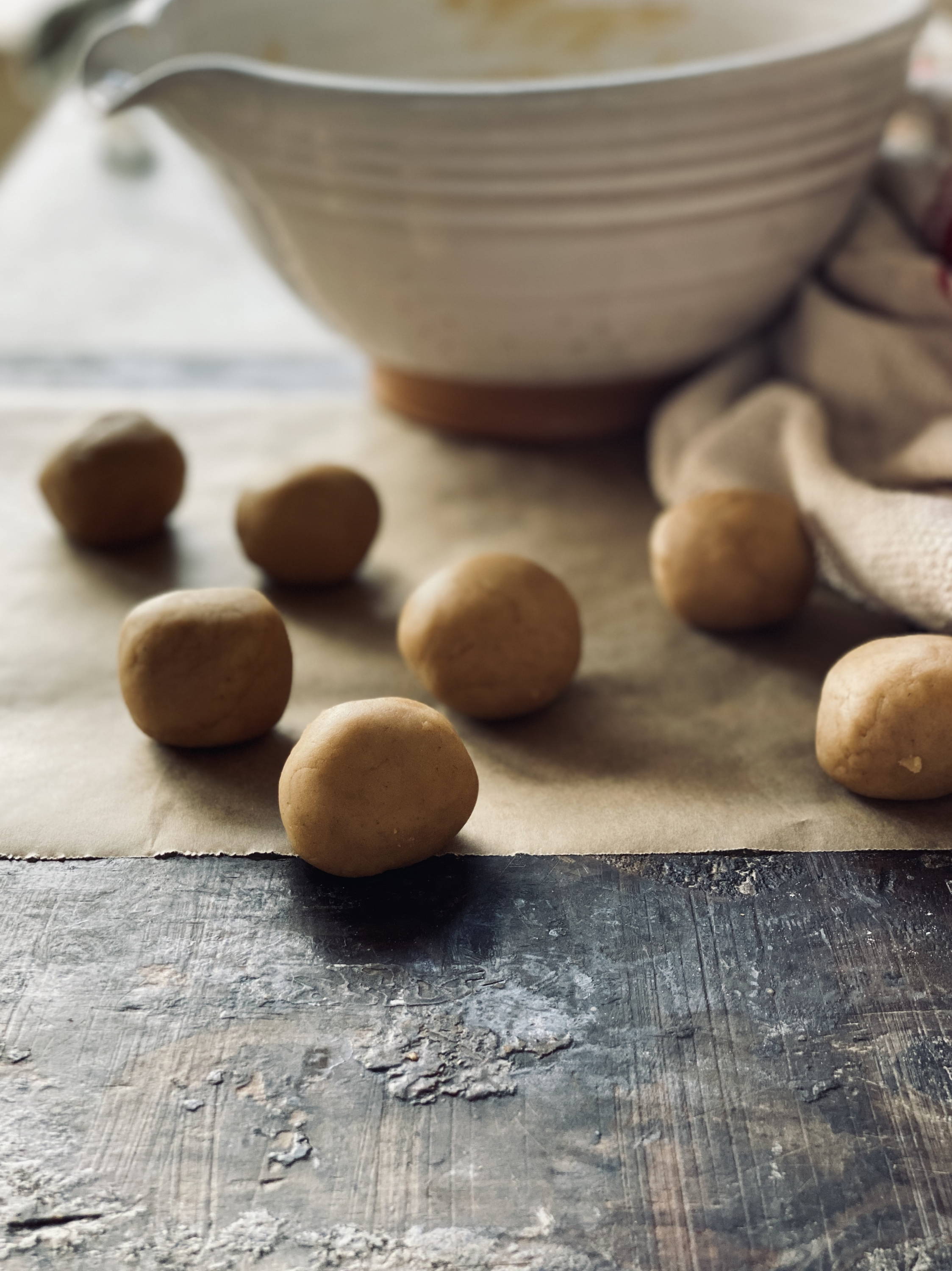 Roll into small balls, place on a tray lined with baking paper. 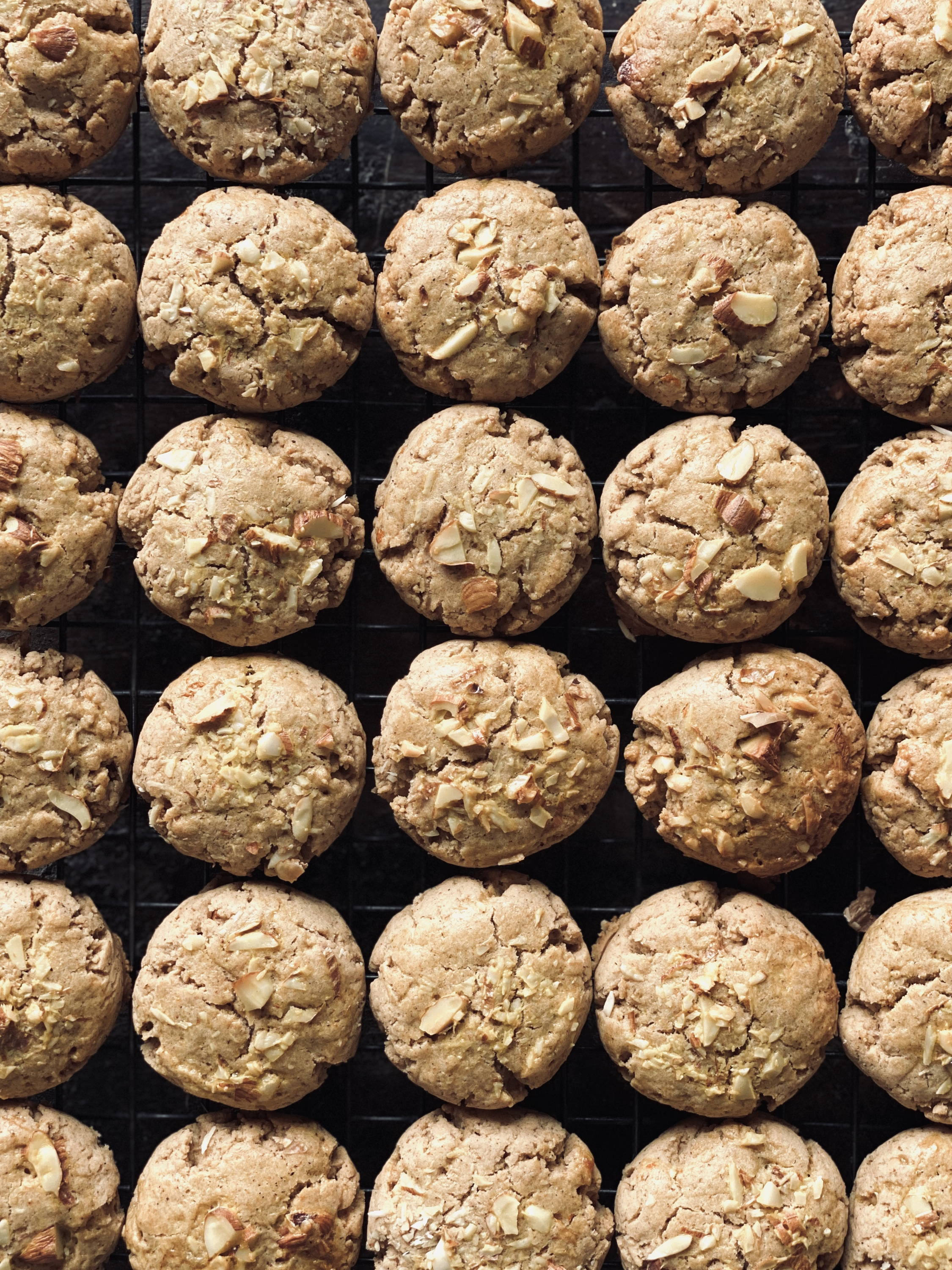 Flatten with a knife, brush with the extra beaten egg, top each biscuit with the chopped almond pieces pressing gently and reglaze with the beaten egg. 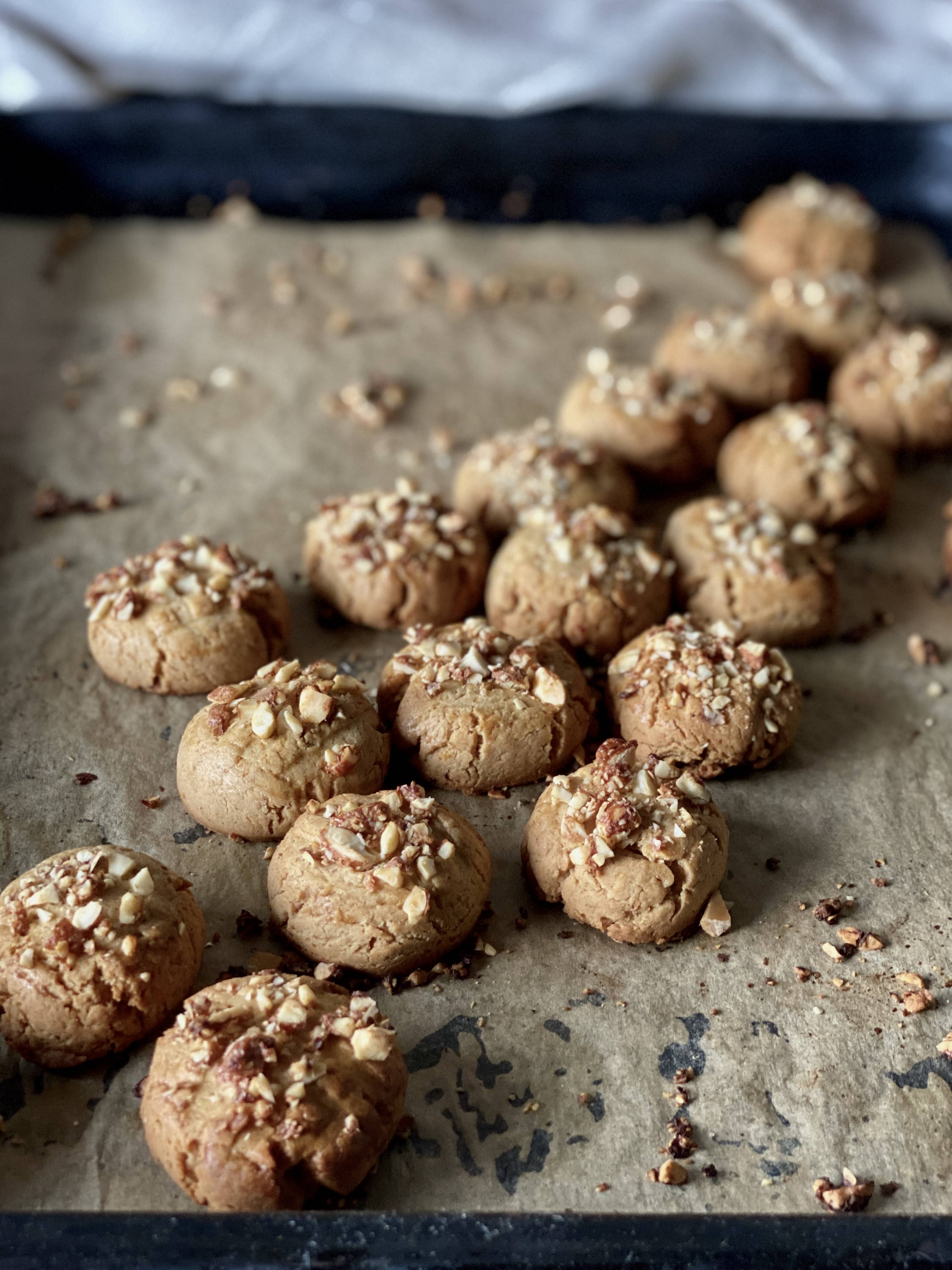 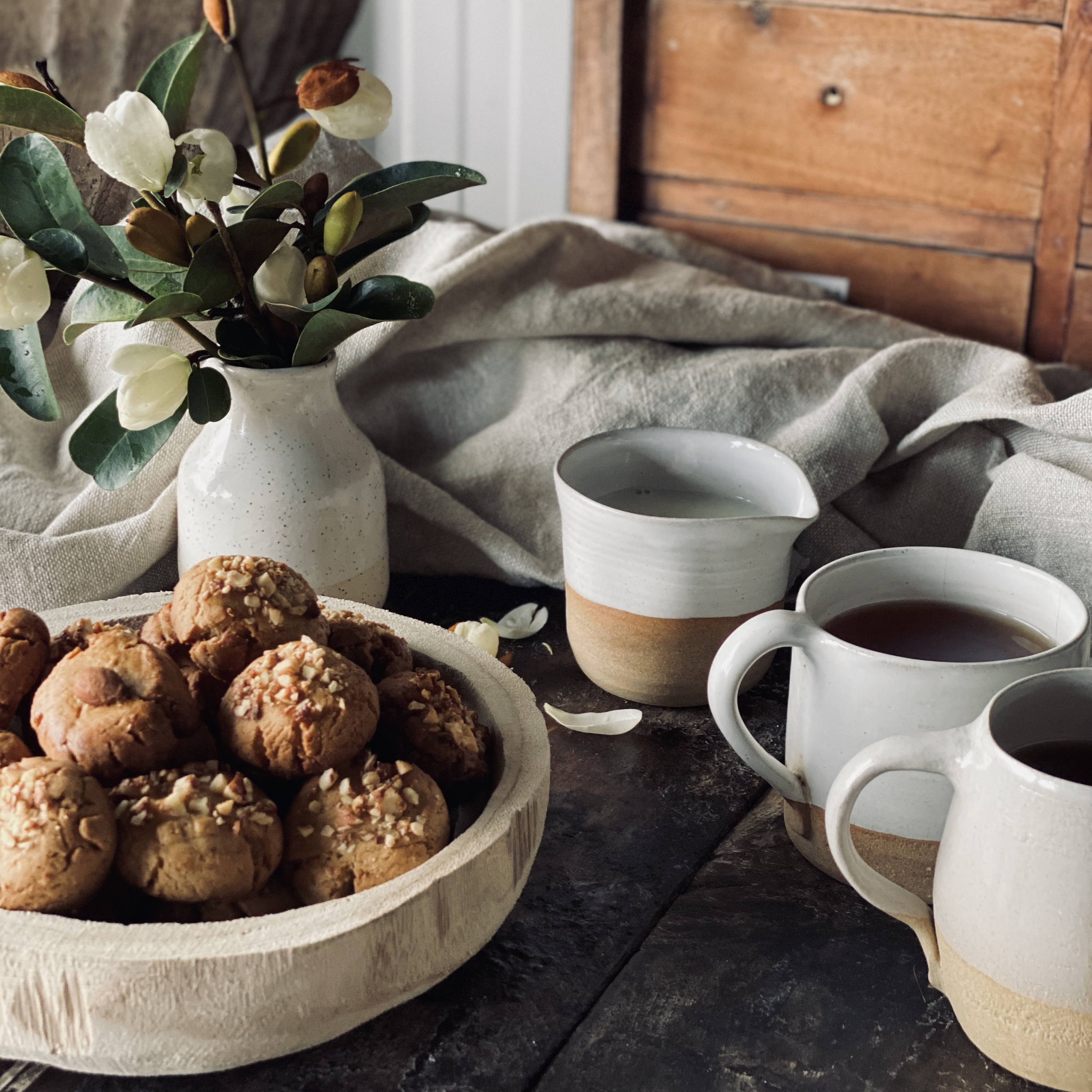 And if you're wanting a soft gooey cookie, these aren't them! 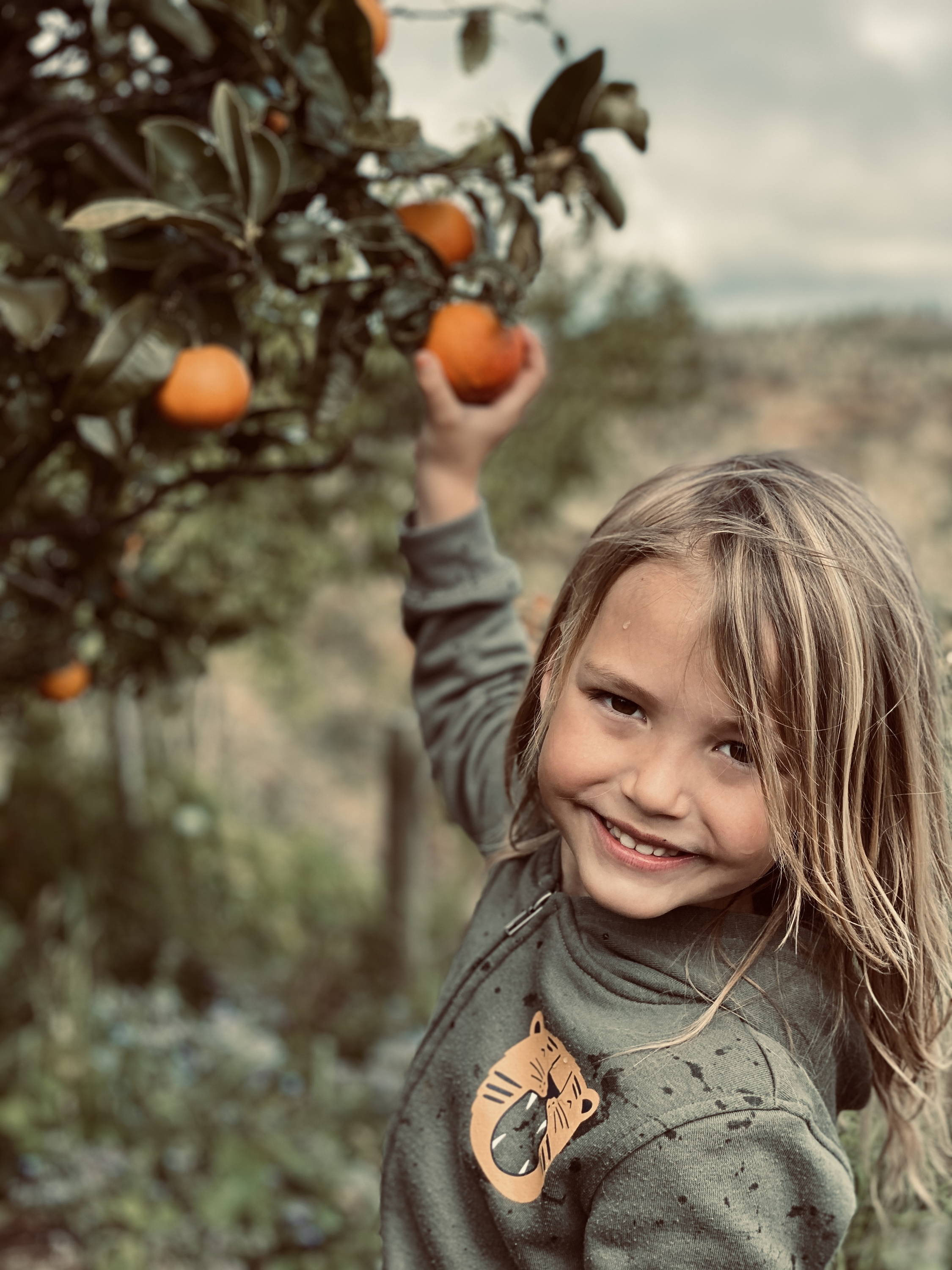 Happy Days to homemade and my wonderful little helper who happily

picked the oranges with me. 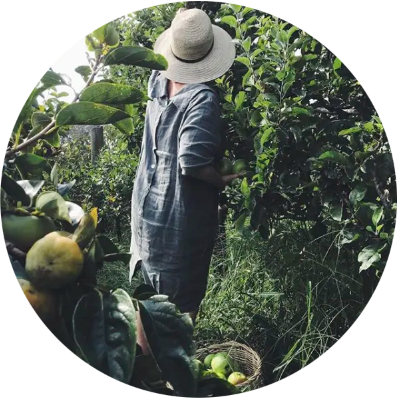 We'd love to see you on social!